“An explanation of cause is not a justification by reason.” CS Lewis. 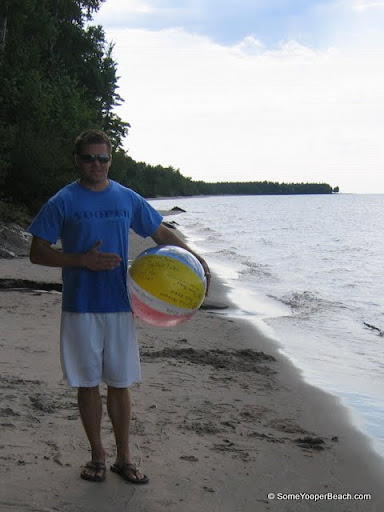 Five Mile Point probably gets its name from the point at Sand Hills Lighthouse, which can be seen from 5 miles away at Eagle River… but I’m speculating***. There is a long beach stretching to the North, but much is private. There is a nice little roadside park up toward the North end of the beach, called W.C. Veale Park. Worth a stop if you’re driving through, but probably not worth making a special trip. The beach is neat, I suppose, in that the trees come right out the beach which is a good 20 to 30 feet below the road. Some neat features along the beach as well.

*** Update, from G’s comment: “I heard from the Lady of the [Sand Hills] Lighthouse that ships/freighters are/were required to stay 5 miles off the shoreline to avoid wrecking and hence the name ‘5 Mile Point’.” Sounds better than what I made up. Thanks G! 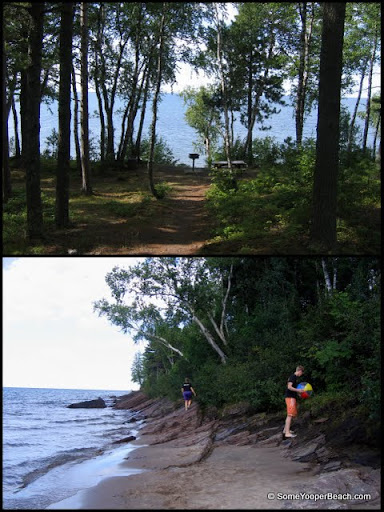 Just down from the road...

The water is pretty shallow. This is easy to find, as it is along the “Five Mile Point Road” which heads NW from Ahmeek and ends at Eagle River. 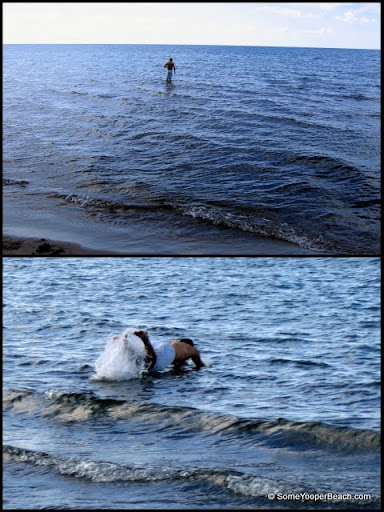 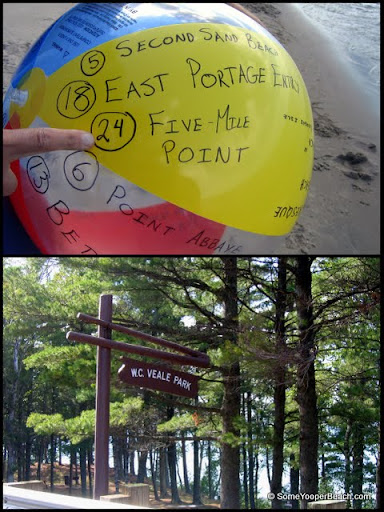