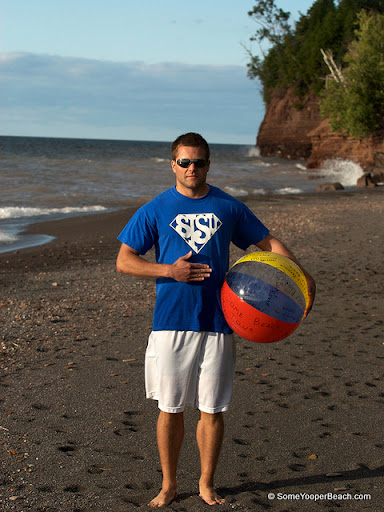 On the stamp sand at Freda

Freda is not a good beach. But it is a very historic place – making it a surprisingly popular place to visit. Just 15 or 20 miles West of Houghton, Freda is a very scenic drive through the UP countryside. The map is here, and shoreline viewer is here. And a really cool star-trails photo (you will not want to miss) taken by my friend G can be found here!

For a little information on the area, I will cite wikipedia:

The town was named after William A. Paine’s daughter.

Freda and its companion, Beacon Hill, Michigan, were owned and maintained by the Champion Mining Company, a subsidiary of Copper Range Consolidated. The town existed essentially to serve the large Champion Copper Mill, which processed copper-bearing rock from the nearby Champion Mines. The mill was served by the Copper Range Railroad, which also provided passenger service to the area.

As a result of its location on a major railroad line, Freda also became a holiday vacation spot. The Freda Park was opened in 1908, funded completely by the Copper Range Railroad. It maintained the title as the cleanest and best maintained park in the Copper Country.

With the decline of people’s dependence on the rail road system, the park was shut down on Labor Day in 1918, thus handicapping the Freda community. In a 1966 article in the Daily Mining Gazette, a reporter simply stated, “…only the files of newspapers, books, and periodicals will be mute evidence to days enjoyed of yesteryear.”

The closing of Freda Park was only the beginning. The closing of the Champion mines and the arrival of the automobile ultimately led to the demise of Freda. Based solely on the railroad system and owned by mining companies, the town quickly lost population. Freda continued to boom after 1918, but its limited market prevented any other growth away from the copper industry.

The Champion Mill processed copper-bearing rock from the nearby Champion mines. The design of the mill was based upon dumping copper-filled rocks from a locomotive into an area where 1 of 5 large stamps would break the minerals into pieces. Water from Lake Superior was added, while the pieces were pulverized by iron balls. The result was a sludge that was forty percent copper or more. This was then sent by locomotive to Michigan Smelter, near Houghton. From there, the copper was made into ingots and shipped to the world.

Much of Freda’s fundamental character and identity were lost with the closing of the mill. The last whistle blew on November 4, 1967.

With its closing, a two year salvage operation began, involving the removal of all valuable materials. Everything, including all machinery and pipe systems were gutted, and lumber was salvaged. Even the steel rails for the train system were taken, due to their value, since the Beacon Hill bridge alone contained 310 tons of iron.

In the wake of the mill’s closing, the Post Office closed, and was later converted into the Superior View Restaurant. The restaurant has also closed, and the town maintains a very low population. 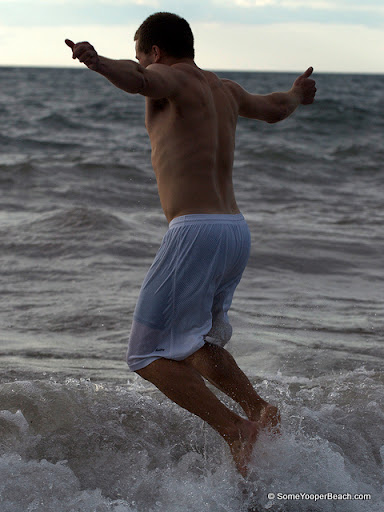 Reluctancy at its finest. I was pretty cold...

This day was particularly cold, and I had just spent the afternoon swimming at some of the previous beaches. And a good 2o or 30 minute drive in wet clothes to get here didn’t help. Yes I was cold. 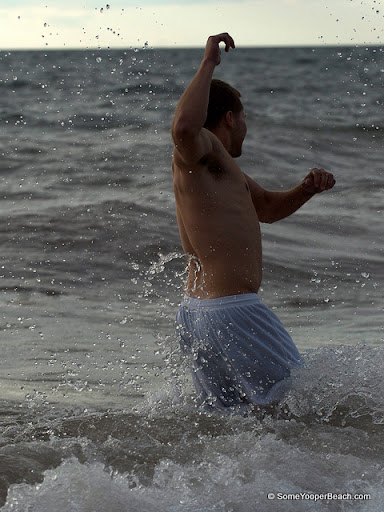 I just liked the water spray in this photo. 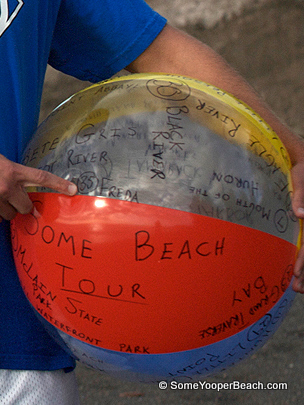 Indeed, this is Freda.

One response to “Freda”