“There’s a land that is fairer than day, and by faith we can see it afar; For the Father waits over the way, to prepare us a dwelling place there.” – In the Sweet By and By… S. Fillmore 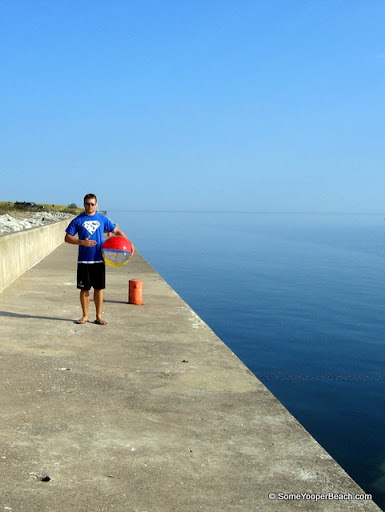 Grand Marais is a beautiful little town tucked away in one of the UP’s less traveled areas. There’s a lot to say about Grand Marais… but I’ll just mention the beaches. There are two, actually, but I only focused on the northern beach facing Lake Superior. The second beach is in the harbor and has a nice park but its nowhere near as nice as this… The entrance to the harbor has a really nice breakwall with a lighthouse and beacon. I can’t imagine the water being more calm and blue than it was when I visited.

You can drive right out to the breakwall and park there for easy access to the beach, which is huge! It’d be easy to set up some volleyball nets or whatever else you desire. The view is magnificent, especially looking West toward the Grand Sable Dunes. There is a campground in Grand Marais, not far from the beach. There is some kind of triathlon held here in the late summer. Also a nice microbrewery in town. This is a place I plan to revisit for sure!!!!!!

Check out the Google map. Get here by highway 77 North from Seney. And check out the Shoreline Viewer. 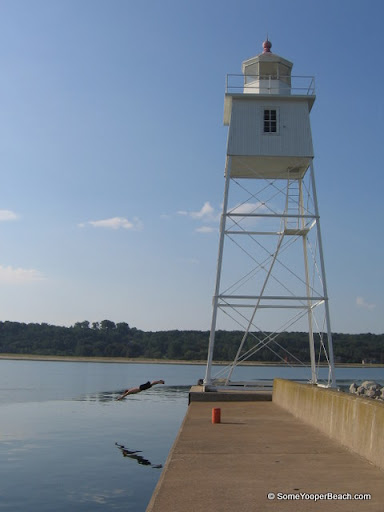 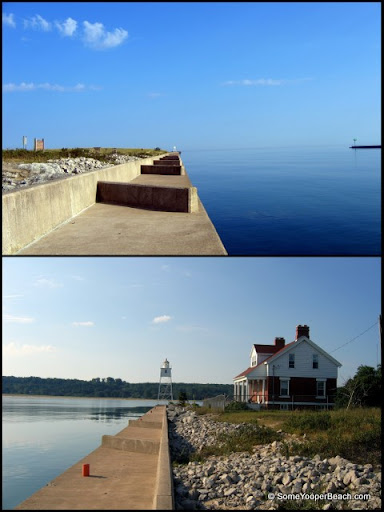 This place is amazing. 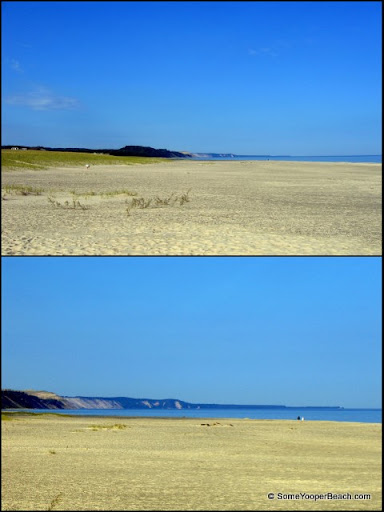 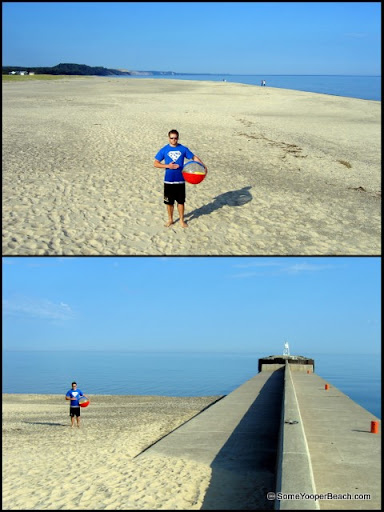 This is the last picture I ever took wearing these glasses. They soon became another casualty of the tour, as the fell off the roof of my car driving down the road… 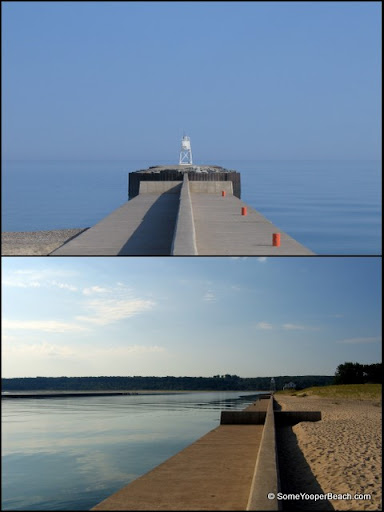 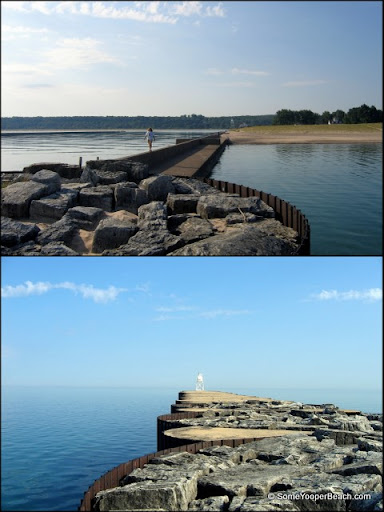 Out onto the breakwall 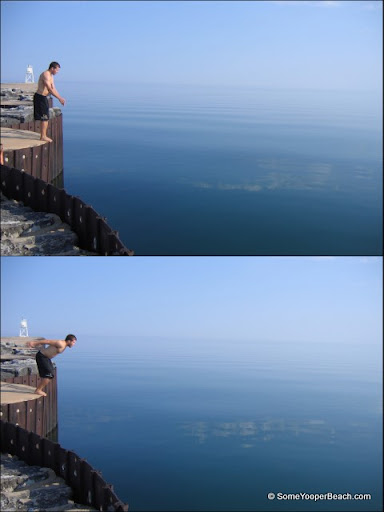 You knew this was coming... 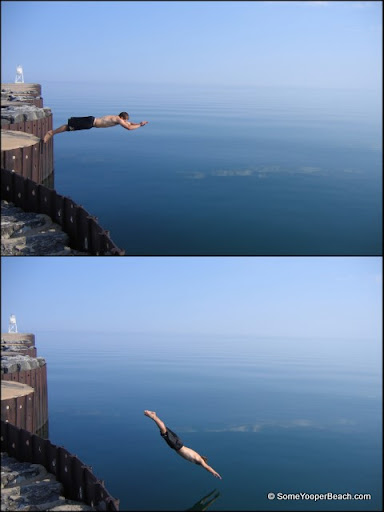 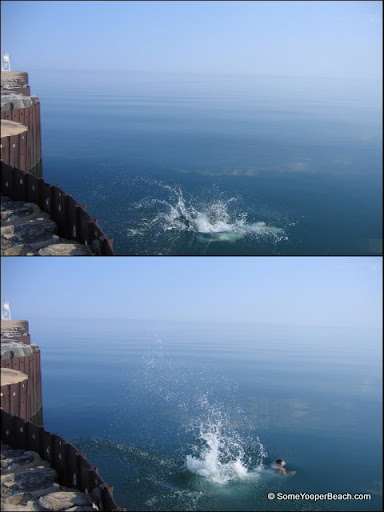 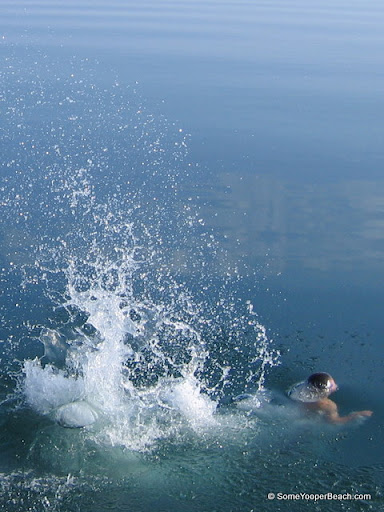