We insist on fasting, but did God ask for it? It does not make you righteous to deny yourself of food or to wander off into the desert… it makes you weird. It is not the act that qualifies worship. It is the nature of the act that God loves. 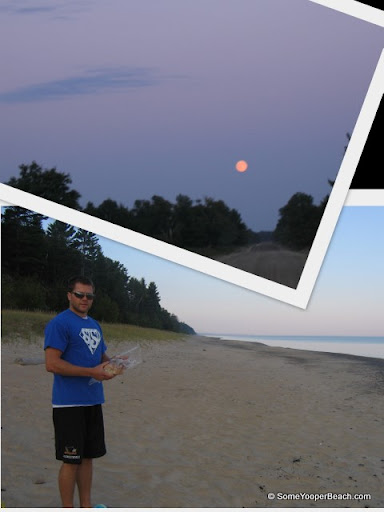 Along Pictured Rocks National Lakeshore... And that is a "World Famous Hilltop Sweet Roll" in my hand!

** NOTE** Please read to end of post. Updates on road construction will highly affect any plans of getting to this beach!

Twelve Mile Beach is where my sister and I found ourselves very early on this late August morning… just after spending the night camped out in the wilderness. And by wilderness I do not mean at the campground… because that was full – no room for us when we arrived. To explain, we had taken CR 58 heading Northeast (coming from Miners Castle) the evening before, only to find it was under construction – “Road Out Ahead”. A detour sign indicated we should head farther East down Adam’s Trail to Co Hwy 743… much out of our way. We were trying to make it to the beach in time for the sunset, and the detour would take too much time so we decided to use my GPS and try some dirt trails / logging roads that paralleled CR 58. After a lot of navigating through a maze of trails we found our way back out to CR 58 hoping we’d be past the section of road that was out… we were not. A mile up CR 58 we found the giant hole in the road; a hole even the Dukes of Hazard couldn’t cross. Alas, we found our way back to Adam’s Trail and took the long detour… but the moon came out and hovered over the road, which was nice. I suppose CR 58 will be a very nice drive in the near future, if not already. When we arrived first to Hurricane River campground (see the next blog post – it’s just a couple miles East of Twelve Mile Beach) much after dark all the campsites were taken. I talked with a National Ranger who was making her rounds and she said all the sites at Hurricane and Twelve Mile were taken. I asked if we could just sleep on the beach with our sleeping bags… nope. She said she would not only kick us out, but also fine us. I shouldn’t have asked. So we drove a couple miles up the road and down some logging trails and pitched tents in the woods. Good enough. My sister would never complain. We woke up around 6am and were at the beach right around sunrise at 7am… munching on some Hilltop Sweet Rolls! PS – I think we ate 4 of them on this trip… we knew our parents would be proud of our healthy eating. 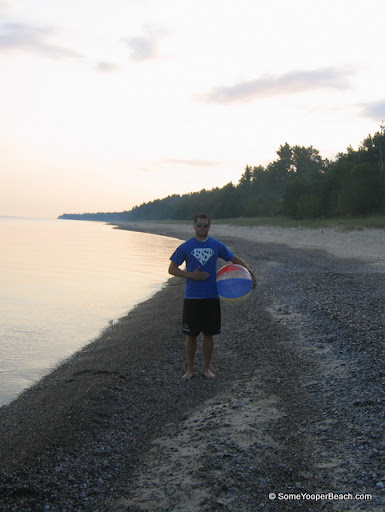 So… a little about the beach I suppose. Twelve Mile Beach has a very nice campground, which of course you must pay to use but would be well worth the price. The campground features 36 sites on a high sandy plateau above the beach and Lake Superior. There are three sets of stairs to the beach as well and a day-use picnic area with parking. A two-mile-long interpretive trail begins and ends at the campground. The North Country Trail also passes through the campground. The entrance road to the campsites / beach winds through a picturesque forest of dense white birch trees, and is really pretty.

Twelve Mile Beach is literally a beach that is 12 miles long! It faces northwest into Lake Superior, and is such a pretty place. The beach is long with sections of sugar sand and small pebbles. Water is cool and crisp, and the bottom is sandy, pebbly, or rocky depending on where you are. I didn’t get to see the sunset here, but I consider myself pretty good at predicting good sunset location… this is a good one. I really wanted to make it in time to see the sunset, but didn’t work out. There is also a certain allure to this area being in one of the true wilderness areas of the UP. The location is very out-of-the-way so usually there are very few day-trippers. There’s a lot more to say for this beach, campground, and area… but I’ll stop here. Check out the map of beach location, and also the shoreline viewer. 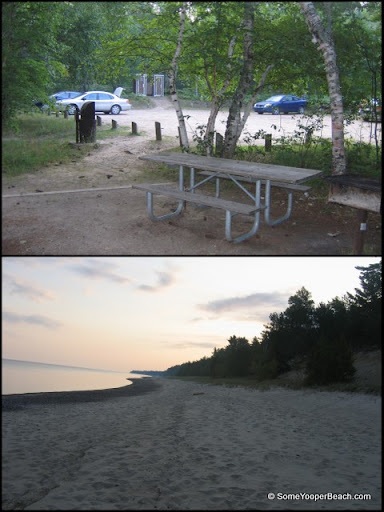 More of the parking area and beach... 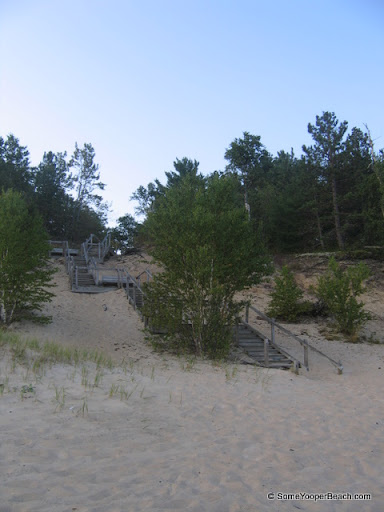 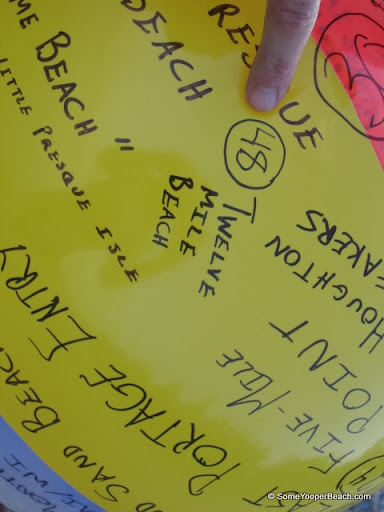 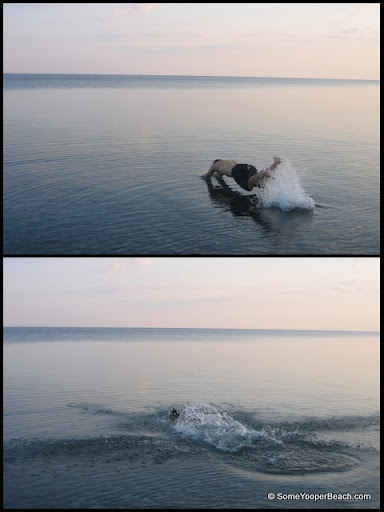 Nice way to wake up for the day...

**Note** The roads to this beach have been under construction for about a year now. The road coming from Munising area was out during summer 2009, but should be finished now. However, the road between Twelve Mile and Hurricane River (heading East) will be out for summer 2010. So access to this beach is limited to coming from the Munising direction… The following information comes from http://www.nps.gov/piro/planyourvisit/campgrounds.htm#CP_JUMP_73798


In 2010, Alger County Road H-58 will be closed between Twelvemile Beach Campground and Hurricane River Campground.

Twelvemile Beach Campground will be closed until mid-June 2010. When the campground is open, access will be from the west (Munising) only.

The anticipated re-opening date for Alger County Road H-58 in its entirety is October 2010.